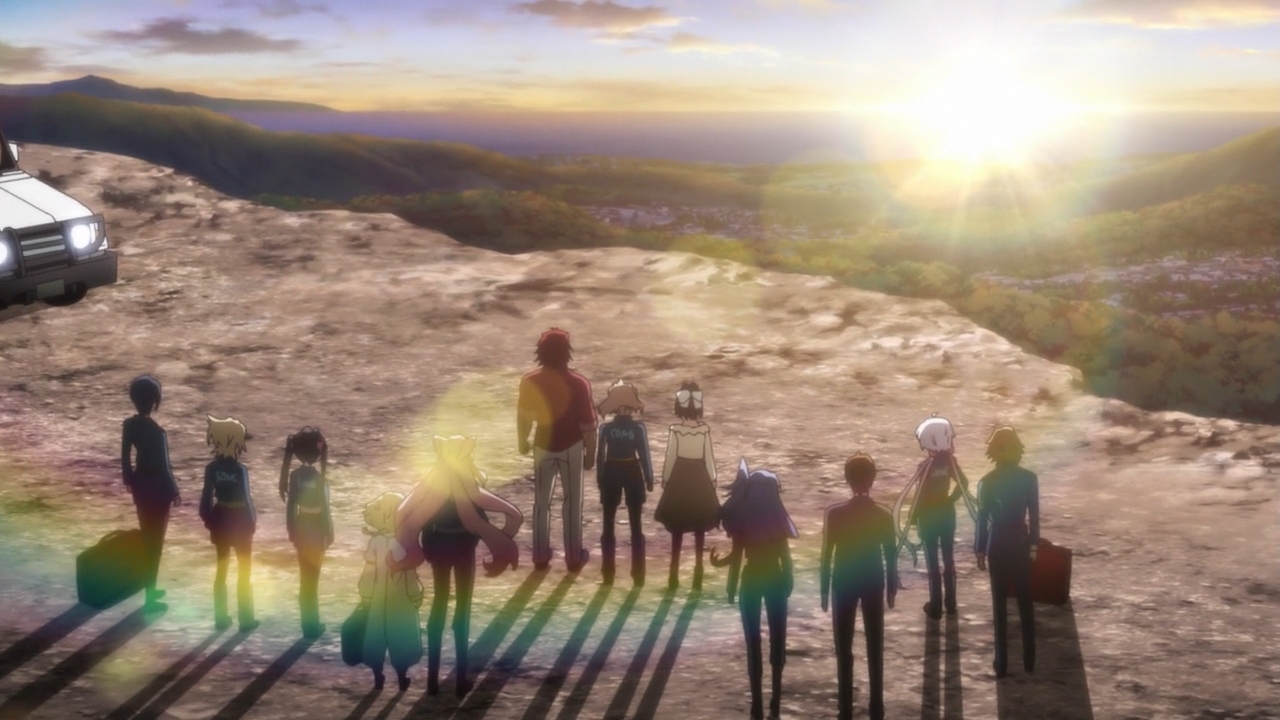 NinetyTwo: After 7 years, “Senki Zesshou Symphogear” has concluded with its fifth season, Senki Zesshou Symphogear XV. The series has been an exciting, thrilling ride from its early beginnings to its conclusion this Saturday. There are many lovable aspects of Symphogear that made us fans of the series. The music has to be the first and foremost of these, as each song is composed with a clear purpose and beat, and each singer is accomplished in their own right. Yuuki Aoi, Mizuki Nana, Takayama Minami, Takagaki Ayahi, Iguchi Yuka, Hikasa Yoko, Nanjou Yoshino, Kayano Ai, Minase Inori, Kuno Misaki, and pretty much everyone in the cast, yes, including the non-Symphogear/supporting cast, has at one time or more displayed great singing ability. So it goes without saying that this show and its music is the best part about this series.

The action sequences of the show are definitely a contender for the best part of this show. I rarely have time to comprehend what I am seeing when I see Hibiki’s fist turn into an even BIGGER fist or Tsubasa sprouting swords out of nowhere and spinning round, cutting down everything in her path. Or Chris suddenly bringing out massive missiles and gatling guns, obliterating what looks like hundreds or thousands of Noise. Just when you think Season 1 was crazy, G comes out and Shirabe, Kirika, and Maria are introduced to show off even CRAZIER powers. Shirabe’s always stood out to me because of how her saw blades and yo-yos seemed silly at first, but turned out to be really, REALLY deadly when paired with Kirika’s scythe, which also seemed pretty standard weapon fare, until you realize that both her and Shirabe’s weapons are essentially combination weapons that become even 10 times deadlier when combined (then you see them combine into a FLYING SAUCER in GX and go, “Wait, what? Huh?” Which to no one’s surprise, was still a dangerous weapon to any Noise/enemies in the way). Every season of Symphogear started off with a grand battle and a spectacular concert event (excluding AXZ), which goes to show you how far the creators wanted to go the extra mile in their efforts to make an entertaining series. I can safely say the concert scenes in Symphogear far surpasses most concert scenes in even the Macross series, another favorite of mine.

In short, Symphogear is like the lovechild of Macross, Mahou Shoujo Lyrical Nanoha, and a dozen other anime series, and it’s absolutely AWESOME.

In any case, the amount of words I wish to convey about the series is numerous, so I will instead let that end my segment on the series, and now on to our typesetter, Poitriot, to give some parting words of his own.

Poitriot: It’s been an insane 3 days with the release of Aokana in English, Yagate Kimi ni Naru’s manga coming to an end and of course Symphogear XV ending. I started watching Symphogear a bit after GX had finished airing and have loved it ever since. The series means a lot to me because the first season aired around when I started watching anime, so in a way, Symphogear has been with me from the start of my anime fandom.

And here I am, 7 and a half years later, proud to call myself an anime fan and a lover of Symphogear. I’m sure I will remember this show for the rest of my life and will be part of what shapes it in the future with what it has taught me, defining the start of my anime fandom all the while.

Lastly, to anyone that worked on Symphogear, thank you. Thank you for bringing this wonderful series into the world, no matter how small your contribution. It has brought a smile to many fan’s faces time and time again, mine included. I know the chances of someone that worked on the series seeing my statement is very small on top of it being in English, but maybe having hope is enough. And once again, thank you very much.

With that, those are some of our final thoughts on the series! It was a true honor to start this show and finish it. We picked our group name because of love for Symphogear and we do not regret it one bit. We’re glad that Symphogear is over, but we’d also be happy to enjoy it one more time in the future! Because, after all, Hibiki and the others are working towards their new future, together.

Today is the 2nd year anniversary of our group, Gungnir Heart! I must thank everyone for the support and words of encouragement for these two years. To me and Poitriot, this has been a wonderful experience translating and typesetting all kinds of work. We would have never imagined doing this without the kind support and help we’ve received over these years.

I sincerely hope that we can continue translating doujin, manga, games, and maybe even anime one day for everyone to enjoy. It’s been quite a blast and we look forward to see what else we can do for the community!

Here’s to two years of releases! And to many more years to come!

Poitriot: All I wish to add is thanks again to everyone that has helped up over these two years, and I look forward to releasing more doujin and possibly other projects in the future. Poi! 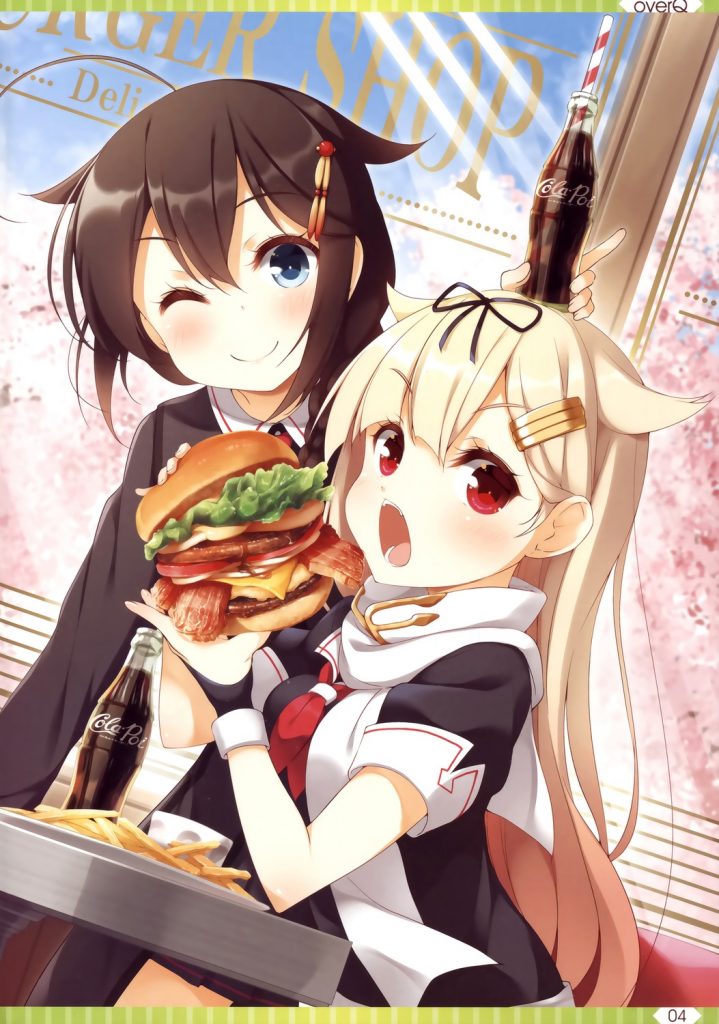 Today marks the 1st anniversary of our group, Gungnir Heart! In a whole year, we’ve completed 13 doujinshi titles and 1 game! It is all thanks to the people who’ve helped supported us by giving us what we need to keep releasing content!  Without their help, it would have been impossible to release as much as we did in the past year.

Truly, from the bottom of my heart, I appreciate and thank you all for your support. And I intend, to fully pay back this support by doing my job the best I possibly can for not only you, but all the people that want English translations of Japanese manga, games, anime, etc.

See y’all next time when we release another work! We’ll try to release something before the year’s end!

Happy Birthday to Nishizumi Miho of Girls und Panzer! Her birthday is a reference to the Second Battle of El Alamein, a decisive turning point for the Allies during the war.

Much love to Miho and I hope to see her again in the upcoming OVA episodes!

To expand our small, growing social network. We created a Facebook page to help our social presence grow! We wish to provide more avenues for the community to receive and enjoy content. So by creating a Facebook page we can expand into different communities.

While we have little to offer on Facebook, we can provide a social outlet for our works that otherwise may not be available or open on other sites. Whichever outlet you use, I hope this helps even the smallest number of people to get their message across!

Happy birthday to our lovable Symphogear, Bikki! Always a pleasure to see Hibiki training, in battle, or just chilling with Miku. –NinetyTwo