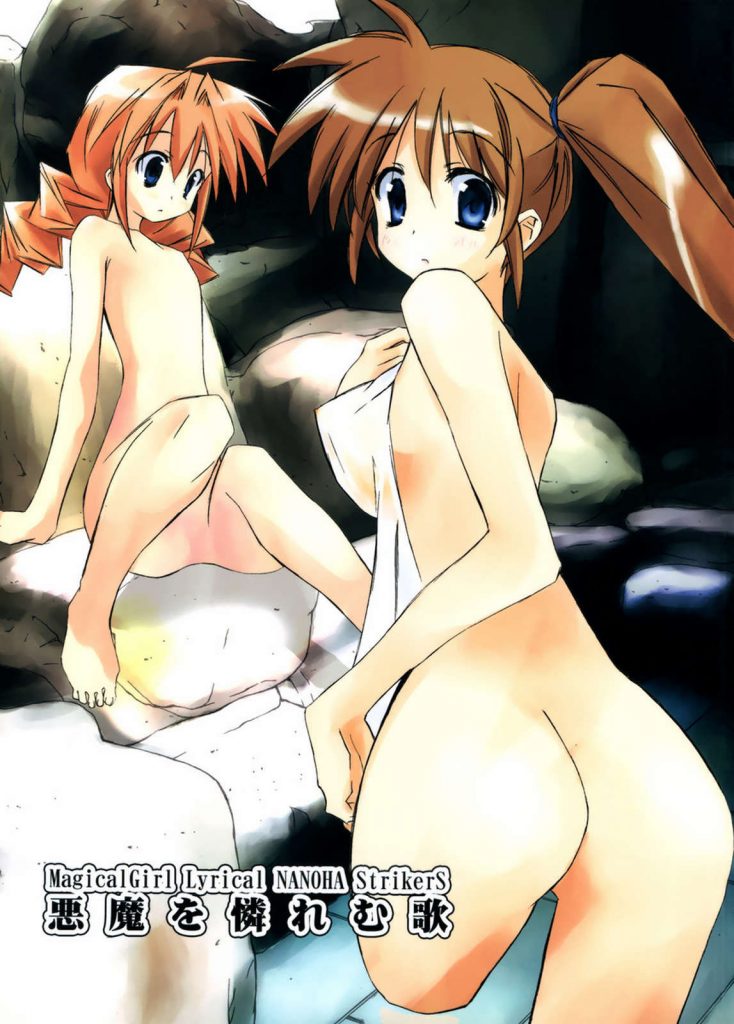 Our comments: An honor as always to work on doujinshi of our favorite series. I’ve been a fan of Nanoha for quite a while, since I think A’s was airing.  But never had a chance to actually delve into the series due to the technological limits I had at the time and my lack of anime knowledge.

Once I actually got into the series. Oh man, was Nanoha a blast. I had plenty of experience with other magical girl series. But Nanoha was special, like it was real special to me. Devices like Raising Heart and Bardiche plus the TSAB, Nanoha’s family, and even the whole background as to why Nanoha, a simple sister girl character from the Triangle Heart series, became a magical girl. Was truly an awe inspiring moment for me. It has the perfect blend of beautiful music by Mizuki Nana, magical girl and fighting game/sci-fi tropes, and heart to it that it is to this day, my top of top favorite anime franchises.

Pg.24 – Reference to the first ED song of the original TV series.  As seen here. “Little Wish” by Tamura Yukari. Though note the line is a bit different from the original lyrics.

Pg.35-36 – That is indeed a Mercedes-Benz SLR McLaren. Further explanation by author in the afterword.

– Okukinu Onsen Hotel is a collection of four inns in Tochigi Prefecture. This particular one is the Kaniya Inn.

–  The Mercedes Navigation System never did have an official Raising Heart voice feature. But the author believed it would make sense considering the audio similarities.

Pg.48 – Yes, the 1994 film, “Interview with the Vampire” was the reference the author was making.